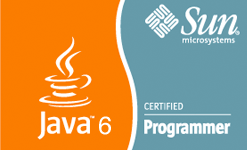 The most common problems of Apple/Mac store are:

1) FAKE COMMENTS: many developers ask their friends to create fake comments giving 4-5 stars -> this is FRAUD.

2) COMPETITORS COMMENTS: many comments are created ad hoc from users or single developers to reduce other applications earnings. -> this is DEFAMATION

3) UI/FEATURES COMMENTS: many of them are true, others are really opinions and give poor votes based on their feeling.

4) NO TRUE BUGS REPORT: many reports bugs but the problem is many times due to the fact that they have no rebooted the iOS device for a long time.

Regarding 2-3-4 there is NO WAY to anwser to users comments in this way users can say EVERYTHING without any kind of way to be answered.

Direct problems, 2-3-4 reduce earnings because many negative comments are due to misunderstanding of the applications, or to personal opinions.

We NEED a way to let other users know if a comment is based on true problems or is an opinion and it has to be valued as it.

I understand Apple Store isn’t a forum but it’s come the time to let developers answer user comments inside the platform to give a better feedback, in this way the developers can answer properly giving advices, reporting wrong use, and answering to opinions.

The fastest and cheapest way is to allow a single comment for every user review, developers will change it according if needed without creating long posts.

Another suggestion is to add the possibility to add a poll for every app version to let developer suggest new features/bug fixes, in this way we will focus on top requested features and give priority to users needs.