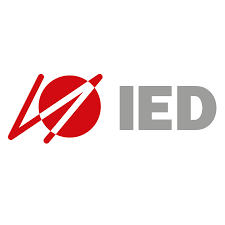 The quite perfect modem/router? Hard to say.

Problem: Connected, turned on…no network connection.
Solution: after some tries (hours of tries), using the same settings of the old modem i managed to let i connect.

Problem: Turned on wifi, surfed without problems using my ipod touch, turned of the wifi…a wifi led (that with the laptop and the wifi icon) remains on , i tried to turn it off from the user interface without success…

Temporary Solution: reboot; updated: the problem happens when i turn off the wifi connection without disconnecting the client.

Problem: firmware update not available
Solution: go to www.belkin.co.uk and search to download the 1.00.23 (the modem searches into belkin.com which has an older version)

IMPORTANT: REBOOT YOUR MODEM AND DO A RESET OF THE CONFIGURATION

SERIOUS Problem (for who use FTPs): ftp clients when browsing folders with MANY FILES on some servers gives timeout.

UPDATE: i spent about over an hour with someone of Belkin trying to fix this problem, when testing i discovered that ftp works when using play Firefox calls (ftp:// in the address bar) but using Filezilla, Dreamweaver, and other applications fails.

Sniffing using Wireshark i detected that some packages when they request the current folder list use the same command (PWD) while another, CYBERDUCK for Mac, which works, uses another . The problem is due to which mode , binary or ACII, is used when requesting the folder list, so only in the Open Source software you will be able to change this behaviour and fix, in Dreamweaver this isn’t allowed.

Solution: use another FTP client, i tried disabling the firewall, tried putting the pc on the DMZ. The help-desk suggest changing MTU from 14XX to 1500 (it causes packets segmentation but they didn’t know when i told them).

UPDATE: sniffing again and again with wireshark I discovered that the problems are due to the PASV command, when connecting in pasv mode (this command is called by LIST, PWD and other commands) the router doesn’t manage properly (timeout) the second connection (the first one is on port 21  for default) when using LIST AND OTHER COMMANDS.

The connection works properly when the client sends a EPSV or a STAT (that doesn’t use PASV) .

I’ve spent quite a day (over 30 calls in a year) calling Belkin support, they let me talk with many of their support workers without any solution (i’ve talked with english support, italian support, endian/china support).

They replaced the modem a time with the same firmware (i signaled that it was a firmware bug but they didn’t listen).

After quite a year of ping-pong they propose me to change again with a LOWER MODEL (a router-modem without USB storage) so i refused.

Yesterday they called to propose a change with the new SHARE router-modem version which has the same specs (USB port included, except it doesn’t have the external wifi antennas) the only request was that the 8635 has a lifetime warranty while the new SHARE has a 2year warranty.

The italian support and the english support told me three times in different moments that this issue is WELL KNOW but they don’t know how fix it.

I gave them some ftp i can’t connect to and they tried from out of Italy (where i live) and it worked so they replied that the modem works.

After a year i decided to stop telling that it’s a problem and do a SCREEN RECORDING of all the clients that don’t work, i’ve sent all the recordings using the ticket area of support, and when they have seen this they decided to replace finally with the SHARE.

I suggest all of you to contact the support, tell them that you have the ftp problem, that you know that is a KNOW ISSUE (tell them you googled about it) and request a replacement.

If you can better to change the modem in warranty with another model instead of fighting like me against their support “rubber-wall”.

Otherwise ask to belkin to replace with a equal modem, and after you will receive the new one (same 8635) test it, if it doesn’t work again, request a replacement with a new model (like the SHARE which has the same specs USB port INCLUDED).